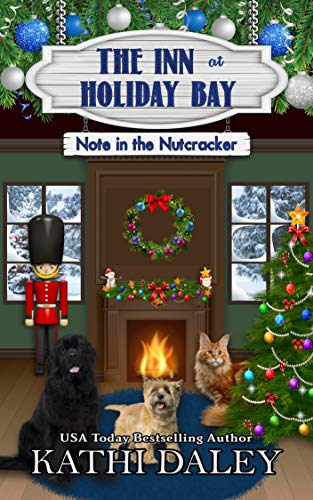 In book 7 in the series, a whole new group of guests check into the Inn each with their own reason for being there and their own story to tell. Once of the guests, a single woman named Mylie, finds a long forgotten letter to Santa in the mouth of the life sized nutcracker Lacy purchased for Abby after a visit to an antique store. The list does not ask Santa for toys or games but for time with her parents. The note also lists the activities the child wishes they could do together over Christmas such as building a snowman and taking a sleigh ride. Mylie, who is in Holiday Bay to find her one true love, decides to accomplish all the items on the list herself while she is waiting for Mr. Right to come along.

Meanwhile Abby wonders what ever happened to the child who left the list and why the list was still in the nutcracker all these years later. Her research pulls her into an unsolved mystery which she finds herself determined to solve before the arrival of the holiday.

While Mylie is busy meeting Mr. Right and accomplishing the tasks on the list, and Abby is busy trying to figure out what became of the child who wrote the list, Georgia is cooking up a storm as she searches for the perfect cookie to enter in a local contest.