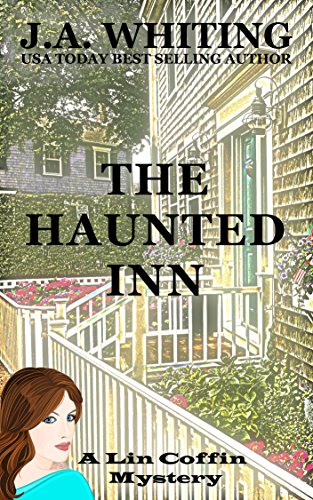 This is book 8 in the Lin Coffin series by USA Today Bestselling Author J A Whiting.

The main mystery is solved in each book but you will enjoy the stories more if they are read in order.

When Lin Coffin and her cousin, Viv, are returning from a walk along the bike paths and streets of Nantucket, an icy chill surrounds Lin as they walk past a bed and breakfast inn that was once a silk factory. An hour later, a dead body is found behind a house two doors down from the inn. Two murders and a ghost who can’t cross over pull Lin and Viv into the mystery to find the killer and to figure out the connections between the victims, the murderer, and the ghost.
Will Lin and Viv, with the help of several others, be able to solve the case before the killer strikes again?
This story has ghosts and some mild paranormal elements.