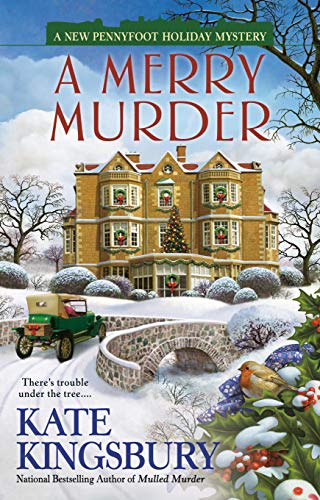 It is an Edwardian Christmas, and the Pennyfoot Hotel is all dressed up. But when one of the guests turns up dead, owner Cecily Sinclair Baxter realizes it is not only the Pennyfoot that is back in business—the hotel’s Christmas curse is, too…

The Pennyfoot halls are decked with boughs of holly, a magnificently decorated tree graces the lobby, and the hotel’s bookings are finally looking up. Owner of the Pennyfoot, Cecily Sinclair Baxter is in high holiday spirits until disaster strikes, threatening to ruin yet another Yuletide. Her chief housemaid Gertie McBride has found a man’s body in the hotel laundry room—with a woman’s scarf wrapped around his neck and a note in his pocket from the hotel’s new maid.

Cecily is determined to track down the culprit, but with multiple suspects icing her out of crucial clues, she realizes this killer may be more slippery than most. With Christmas right around the corner, it is up to Cecily to prevent this holiday season at the Pennyfoot from turning out more fatal than festive.